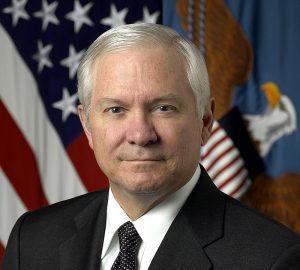 If you are only able to read one of the these books I highly recommend. Robert Gates “From the Shadows”. Written just after he left the CIA, Rob Gates offers an inside look of the workings of the white house, and the agency’s role in the collapse of the Soviet Union. While reading his writings I was most impressed with Secretary Gates ability to capture personality and character of both himself and the people he is writing about.

Next to Donald Rumsfeld, the man he relieved as Secretary of Defense, few leaders have been in more White Houses and worked around more presidents than Robert Gates.

The Most Current CIA Reading List can be accessed at CIA.gov

Henry A. Crumpton, The Art of Intelligence: Lessons from a Life in CIA’s Clandestine Service

Christopher Andrew, For the President’s Eyes Only: Secret Intelligence and the American Presidency from Washington to Bush

John Ranelagh, The Agency: The Rise and Decline of the CIA

William E. Colby with Peter Forbath, Honorable Men: My Life in the CIA

Robert Gates, From the Shadows: The Ultimate Insider’s Story of Five Presidents and How They Won the Cold War

Benjamin Weiser, A Secret Life: The Polish Officer, His Covert Mission, and the Price He Paid to Save His Country

Sandra Grimes and Jeanne Vertefeuille, Circle of Treason: A CIA Account of Traitor Aldrich Ames and the Men He Betrayed

Robert Wallace and H. Keith Melton, Spycraft: The Secret History of the CIA’s Spytechs from Communism to al-Qaeda

Steve Coll, Ghost Wars: The Secret History of the CIA, Afghanistan, and Bin Laden, from the Soviet Invasion to September 10, 2001

John Prados, Safe for Democracy: The Secret Wars of the CIA

10 Books To Calibrate Your View Of Suffering

The Guide to Naval Awards + 55 Examples

And more at the Officers Toolkit

I started DODReads in 2017 and have spent hundreds of hours and thousands of dollars each month to keep the site going. It has remained free of charge and alive thanks to patronage from readers and their willingness contribute. If this site has enriched your own life, made you a better thinker and military leader please consider aiding its sustenance with a one-time or loyal donation. Your support makes all the difference. Thanks - John Laney

How is your command library looking?

Reach out today if you are interested in ordering the books on the  latest Army / Navy/ Air Force/ USCG or USMC Reading List for your command.

I can assist you with getting free books or provide a quote for a complete set of books for your Supply Officer.